February 2014:
Friends from office have been planning since last 3 months to do a winter hike to Prashar Lake near Mandi. The winter passed by but we waited and waited for the trek to happen. Then during middle of February we planned to hike up to the snow slopes of Prashar Lake in the first weekend of March. The initial plan was to hike to the lake and camp in the snow. We planned to carry our tents and sleeping bags and cook Maggi in the cold. But doing research made us believe that we can make the hike happen without anything to carry. There are rooms available in the temple and food also. We were happy since we wanted to do this trek in 2 days from Delhi. With self-drive and trek, it is kind of difficult two days for everyone.

We all gathered post lunch to decide the pickup locations and meeting point at Delhi. Out of the eight explorers, six are from different parts of Gurgaon while I was from Dwarka and Girijesh was from Saket. There are two cars, Sudesh with his i20 and Ankur with his Etios. It was decided that Sudesh will pick up Amar and Chandrasekhar from Gurgaon and then pick me up from Dwarka. Ankur will pick up Prateek and Suman from Gurgaon and Girijesh will join them in Gurgaon via metro. Then both cars will meet at HP Petrol Pump near Mahipalpur Flyover off NH8.

4:31 A.M. Roadside Kiratpur 1094 ft. 31.187959N, 76.591928E: We took the right turn from the Rupnagar Nangal Highway and proceeded towards Manali highway. We stopped soon after the bad roads started. Did nothing but chitchat and discussed about the bad patch which is about to hit us.

7:05 A.M. Bilaspur Beas Viewpoint 2088 ft. 31.361443N, 76.763061E: After negotiating through the never ending huge craters on the highway we reached a relatively better portion near Bilaspur. Stopped here for approximately half an hour and lamented on the bad roads we crossed. We took pictures of the scenic views and listed to some music. We decided to stop at Mandi for the breakfast. In the meantime I called up Dinesh who owns the dhaba at Prashar Lake to confirm whether he will be on top or not. After a positive feedback from Dinesh we started towards the Holy Lake.

9:57 A.M. Kamand 3149 ft. 31.776761N, 76.982943E: From Mandi to road crosses the River Beas and takes a left turn towards Palampur. From the road about couple of kilometers ahead the road takes a left turn and we climb up towards Prashar. The initial climb is high and the road is pretty narrow. After few kilometers we move down and cross a river to reach Kamand. Here we stopped for breakfast and break. The rice and daal was amazing and costs only Rs 20. We moved on.

11:26 A.M. Baggi Village 5301 ft. 31.782998N, 77.076134E: While the road climb up and up, Ankur missed a turn and went on the wrong direction. Erratic phone signals made communication difficult. Finally we all reached the base point of Prashar, Baggi Village. We decided to drive till the road takes us and then hike up.

12:31 P.M. Trek Start 7404 ft. 31.772108N, 77.061208E: The ice patch started showing up soon after our photo ops. We negotiated slows in the curves and then decided to stop when things got tough for the cars. We parked the cars on the side of the roads and prepared for the hike. We negotiated the ice and climbed up and up. Since we are travelling for last 12+ hours nonstop, it was getting tough. We moved up slowly and tracked our progress.

3:57 PM Prashar Lake 8614 ft. 31.756019N, 77.099894E: Finally after 3 1/2 hours of hiking we made it to the top and can see the amazingly beautiful alpine lake and the Holy Temple. The success of reaching here was immense. We dropped our bags in the Dhaba and moved down to the lake and prayed at the temple. By the time we are up again to the Dhaba, our hot tea and Maggi was ready. We finished the Maggi in minutes and then just sat there and enjoyed the vista. 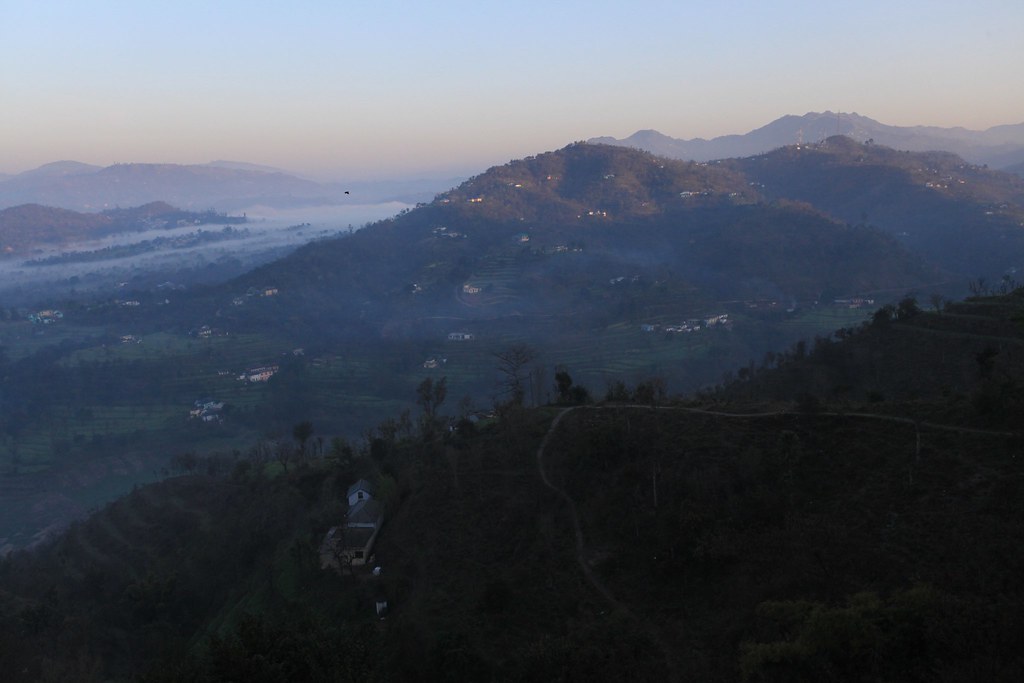 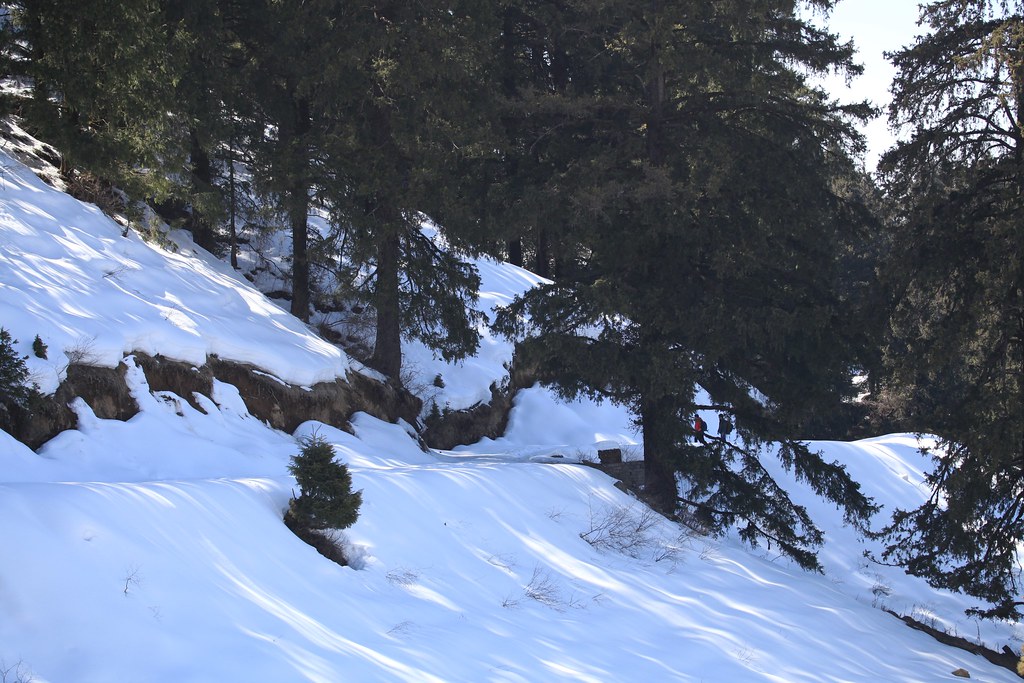 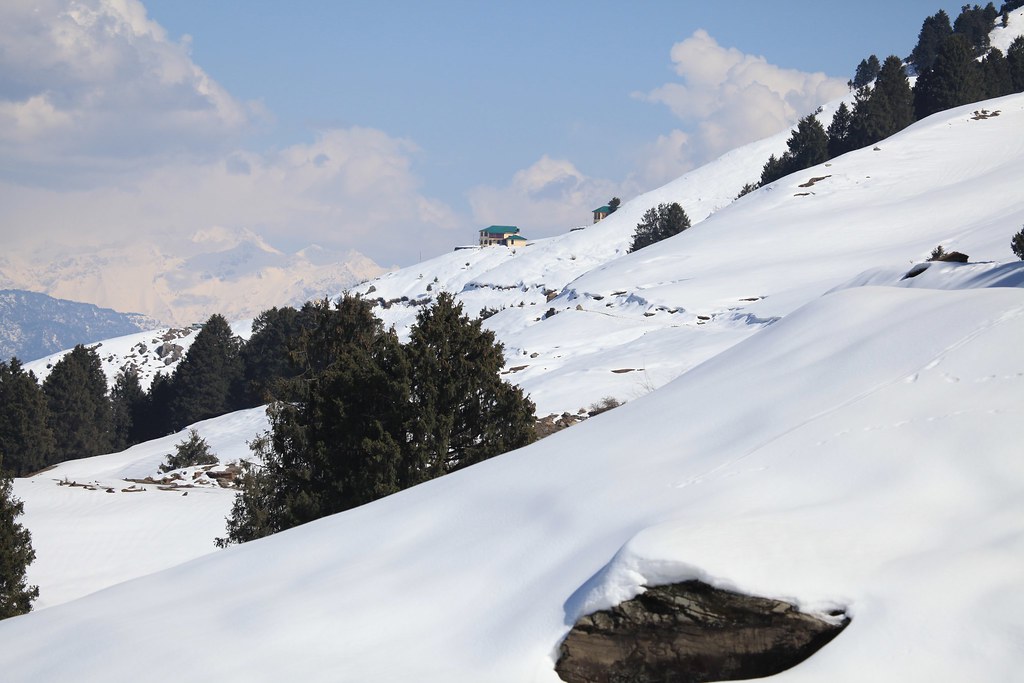 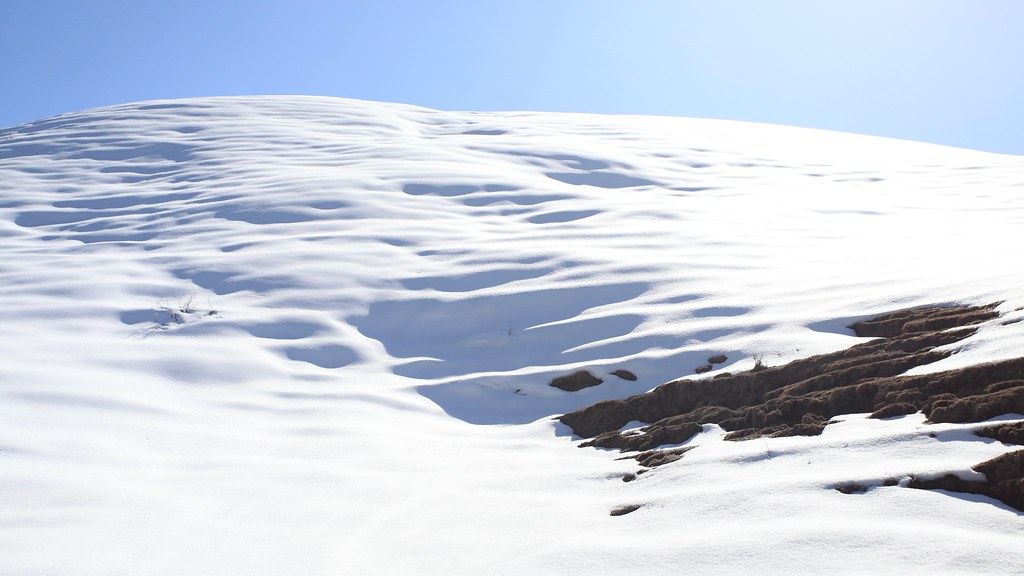 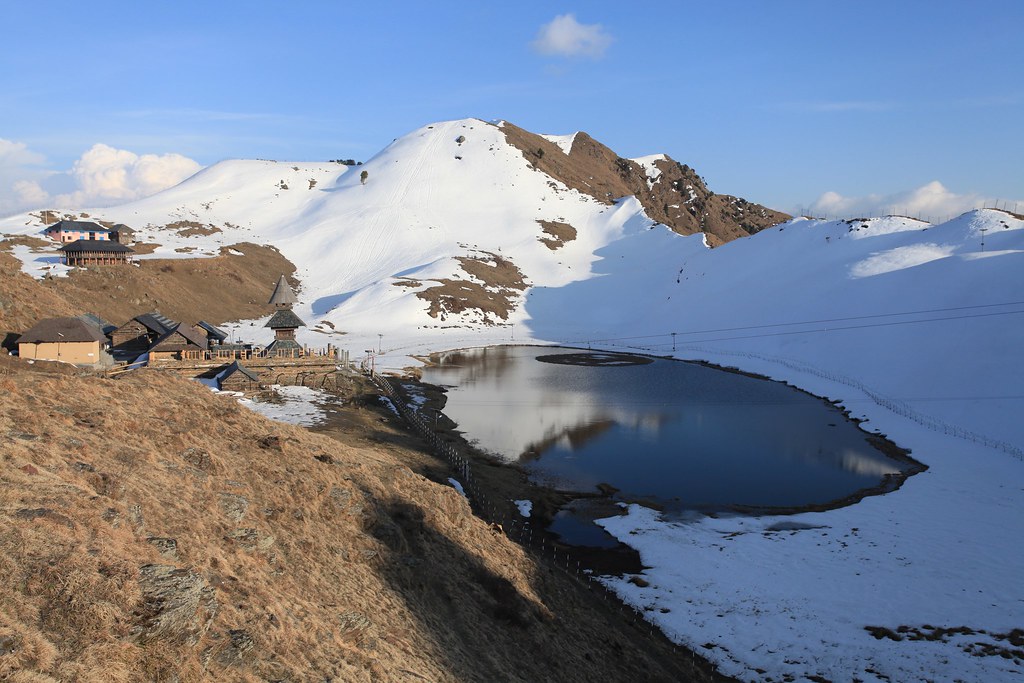 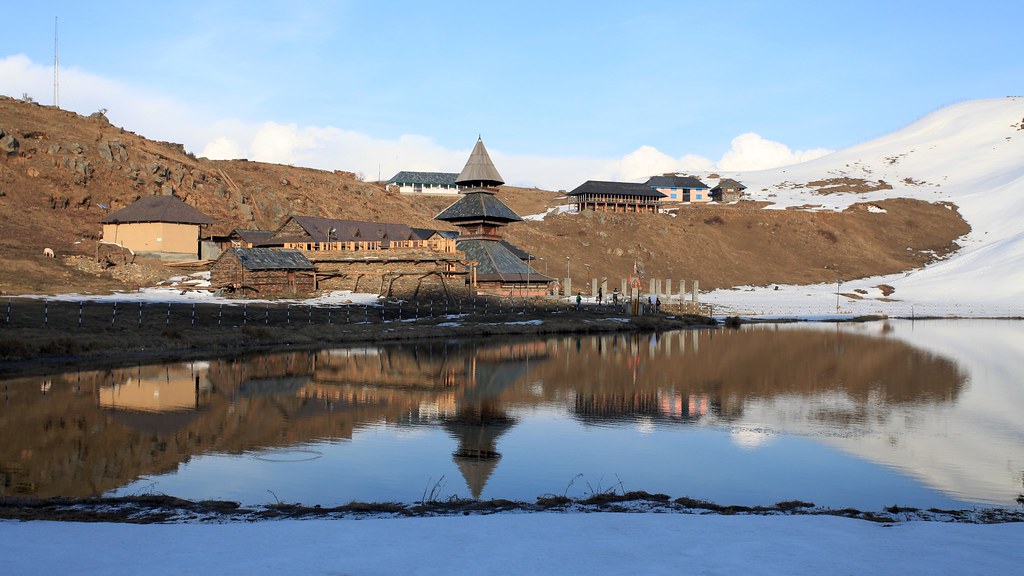 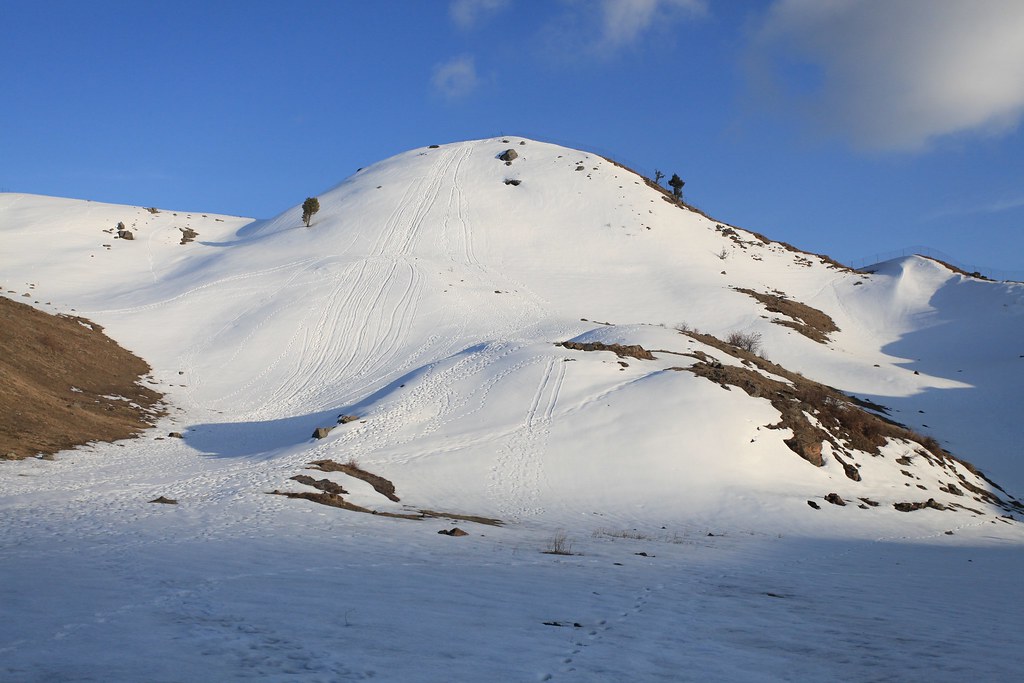 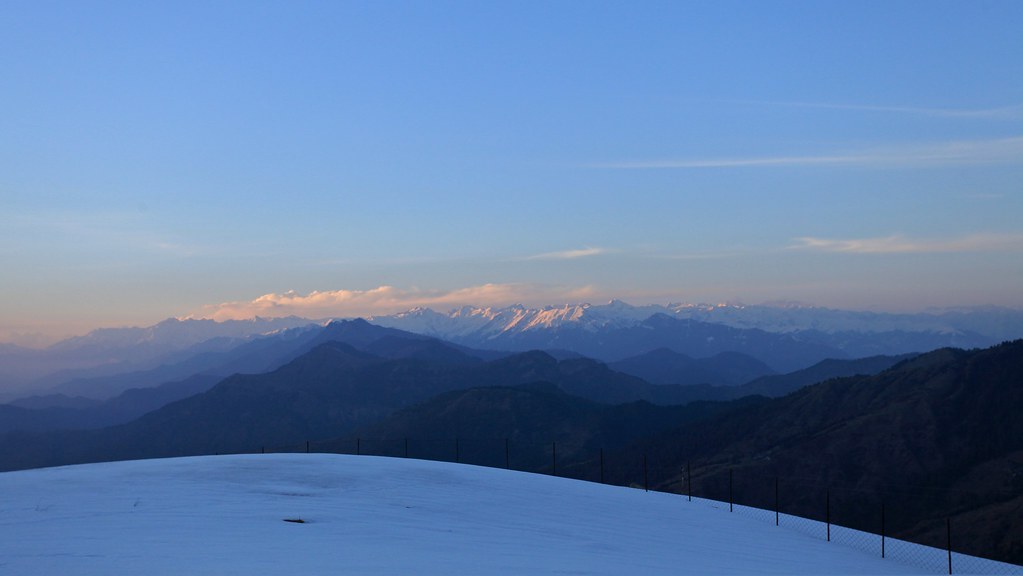 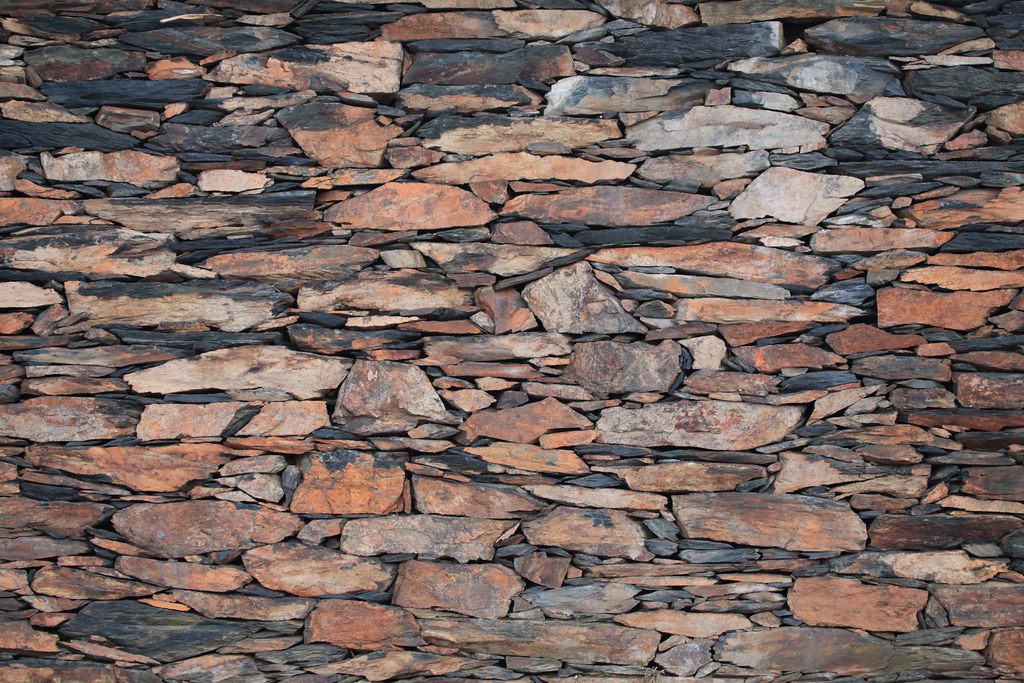 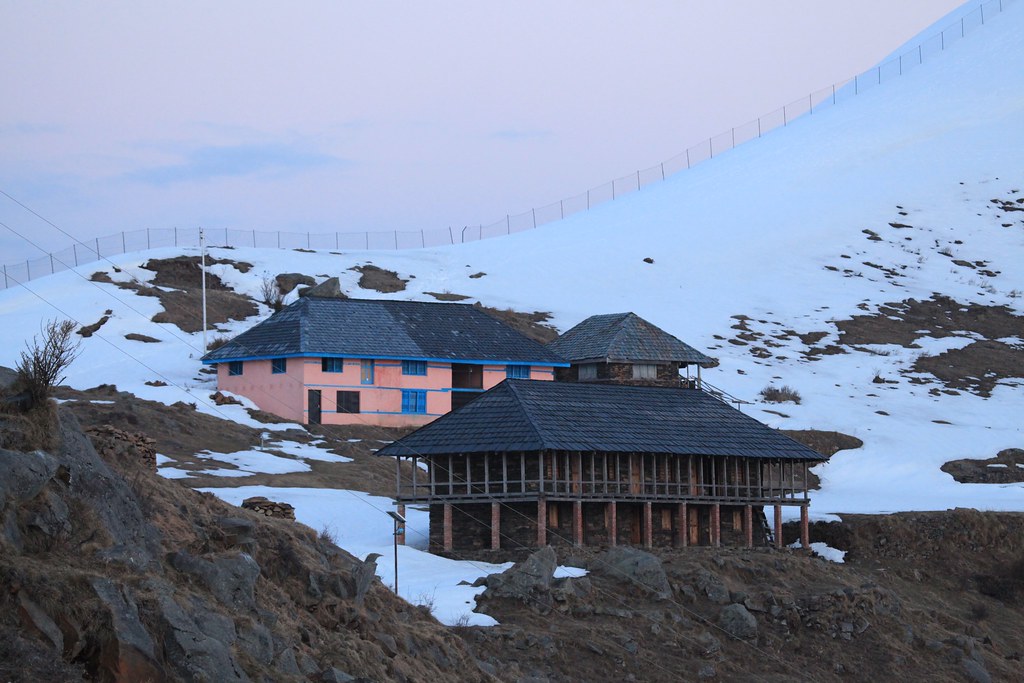 We all clicked so many pictures of the place. Then the riot of colors started on the sky and the peaks as the sun sets in the horizon. The Dhauladhar Range was simply breathtaking. We tried to capture the moments on the lens. Then with the end of the show we moved into the temple complex.
We got our room in the temple and also the blankets. We arranged our bags in the room while it was getting dark outside. Soon we ordered for dinner and lit fire for some evening chitchat. At around 8 PM we had our dinner and then sweet dreams.

Day 2 9th March 2014 Sunday:
We all woke up by 7 AM and moved out to the top of the Lake and enjoyed the snow. We slid down the slopes, played with ice and just had fun. After lots of fun we moved to the Dhaba for breakfast and then move down. 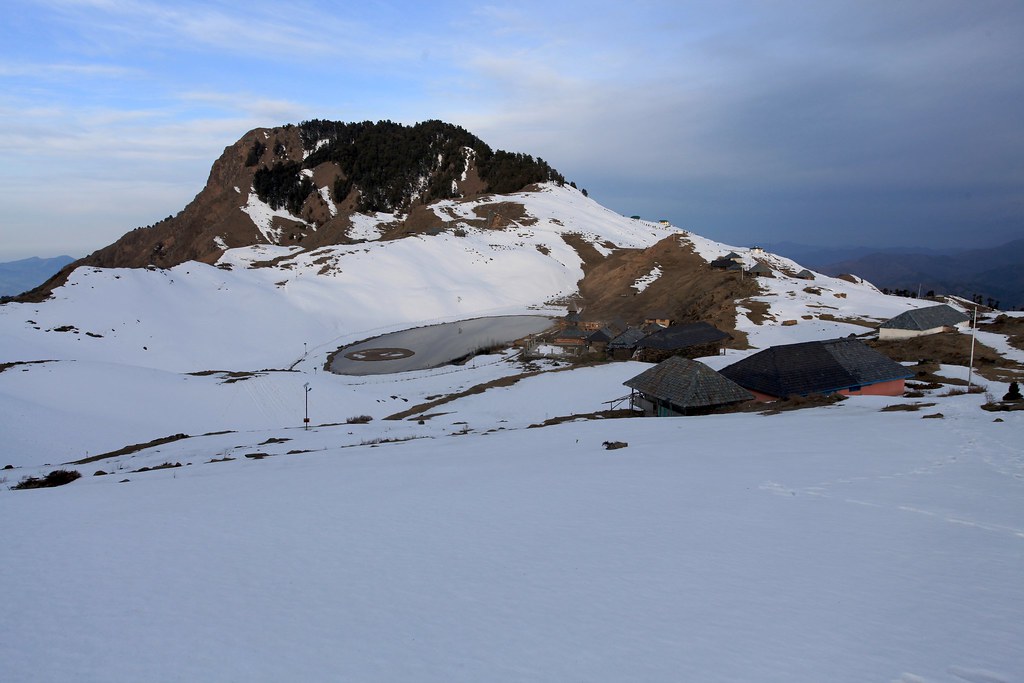 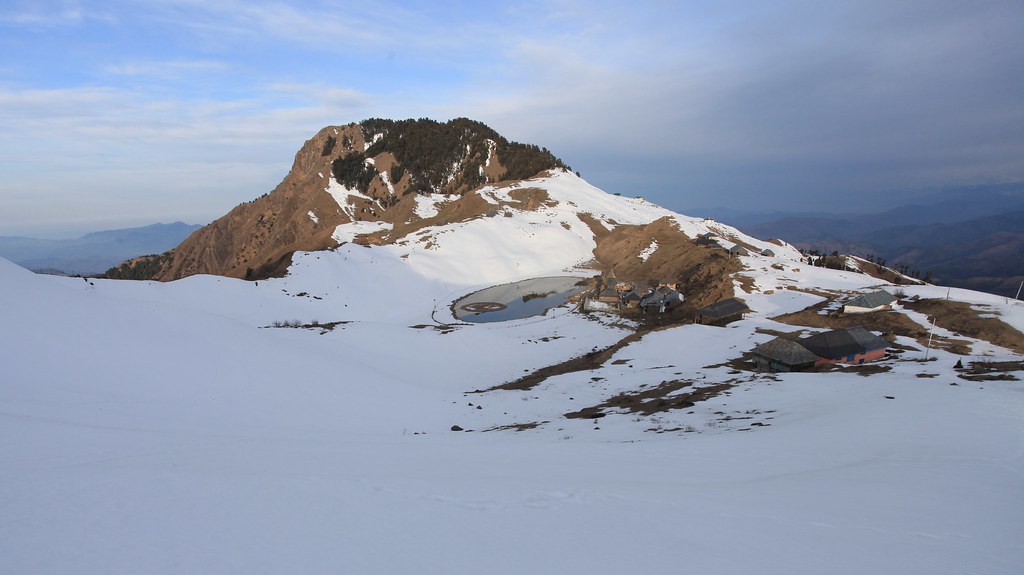 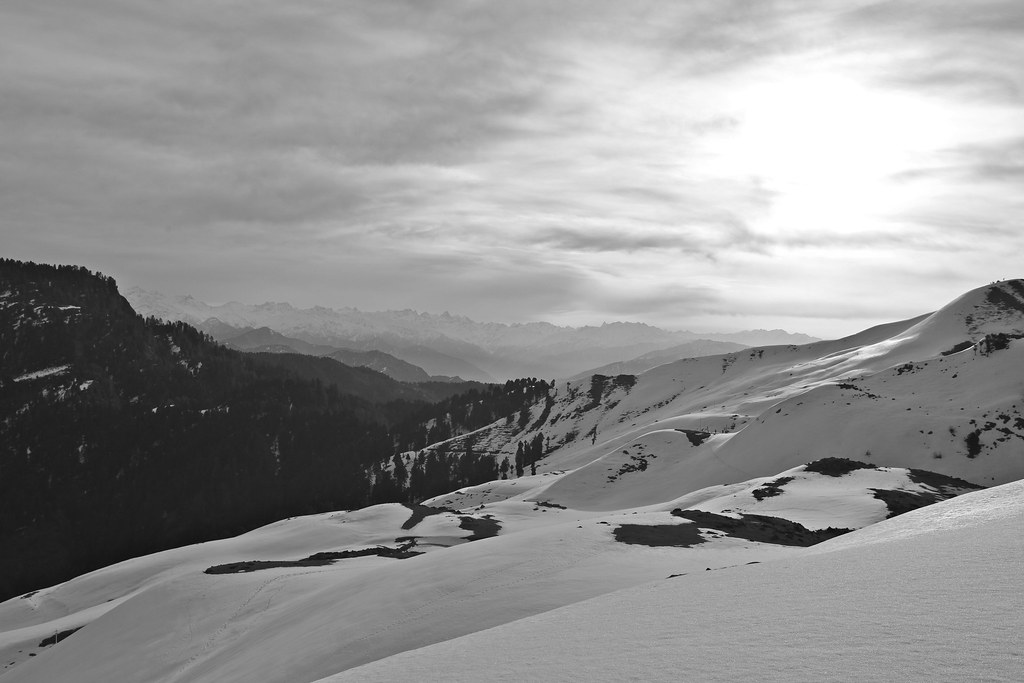 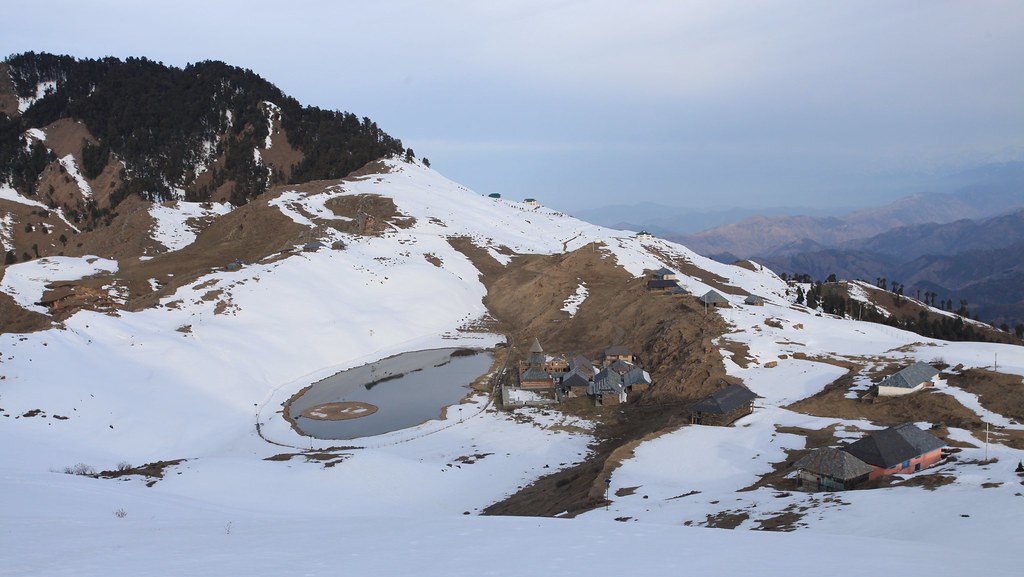 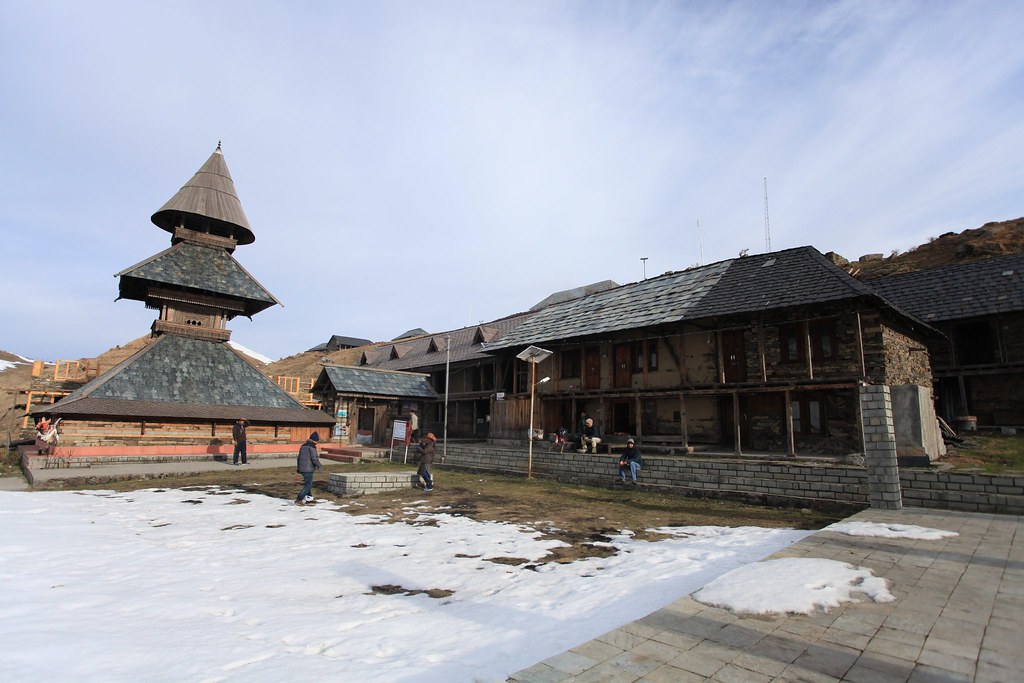 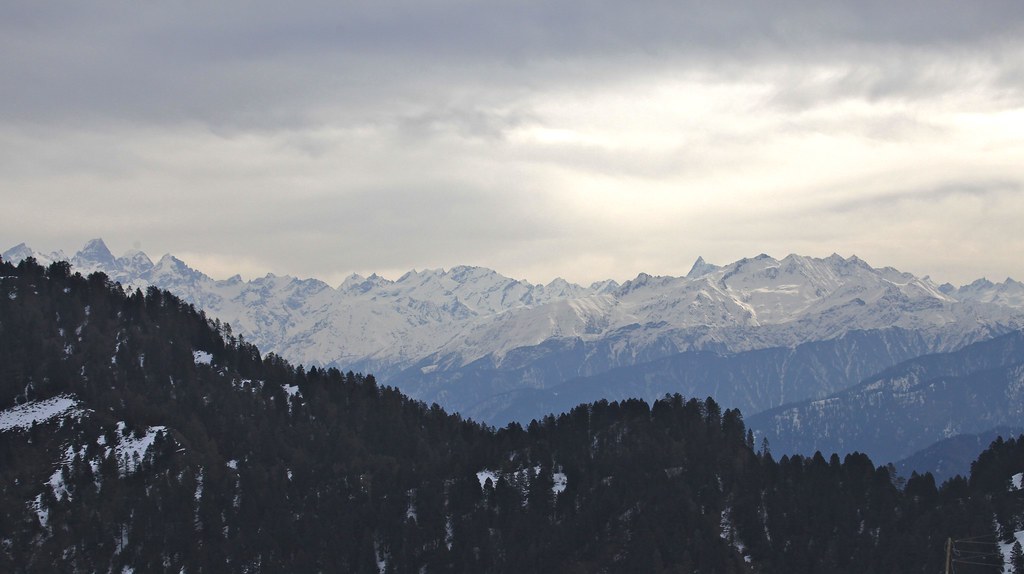 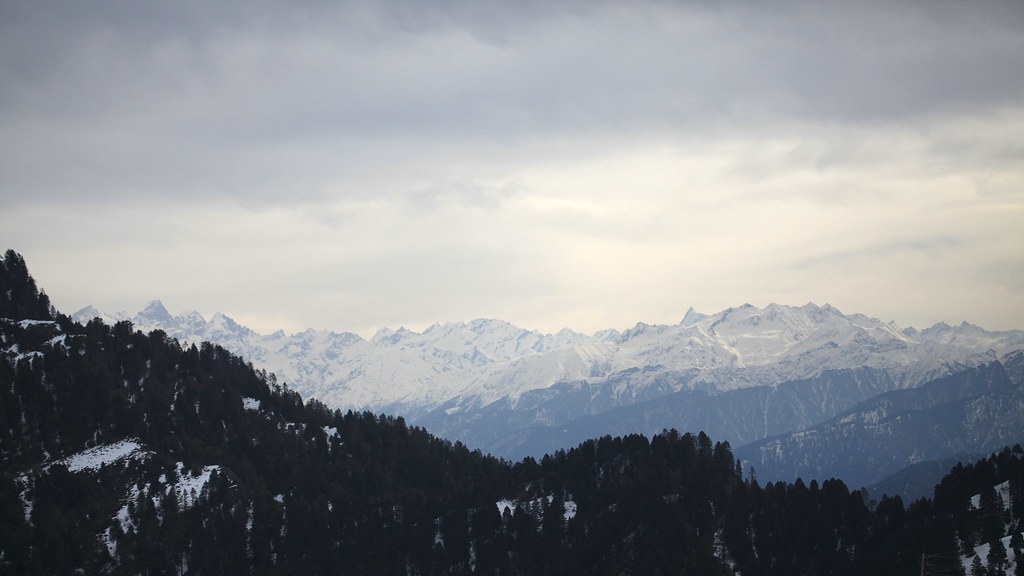 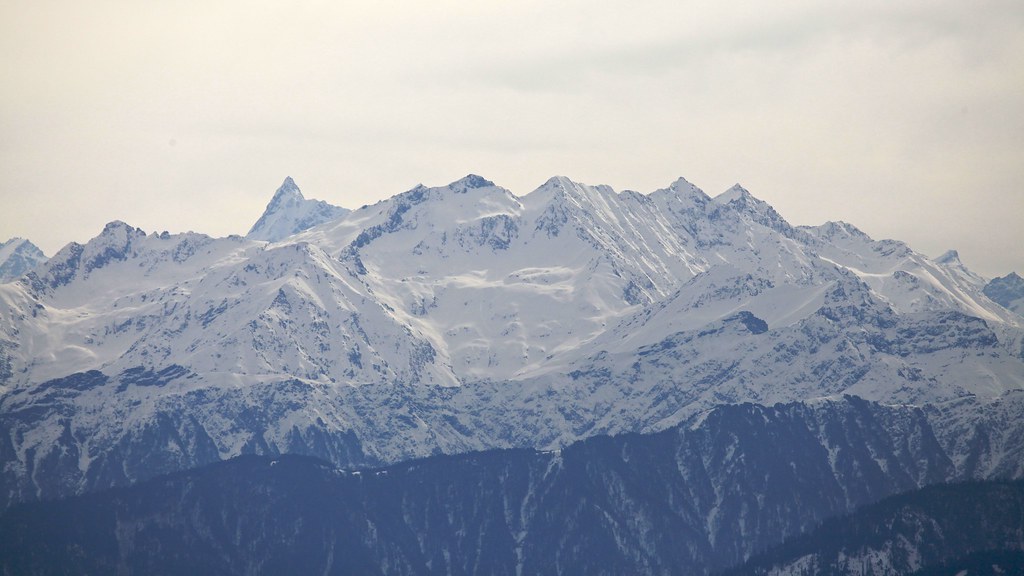 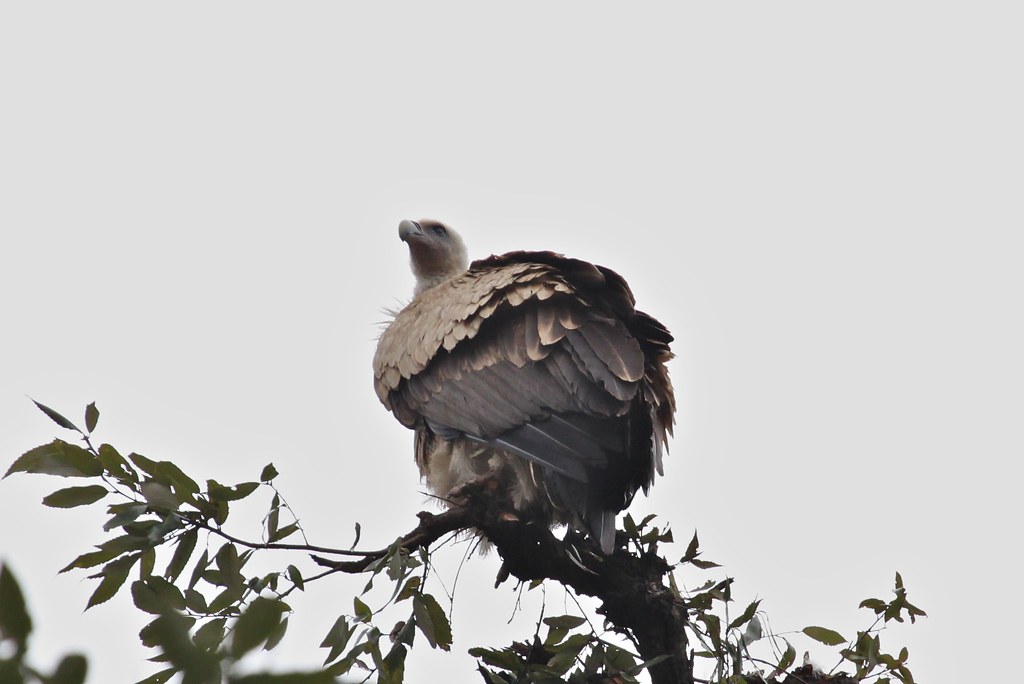 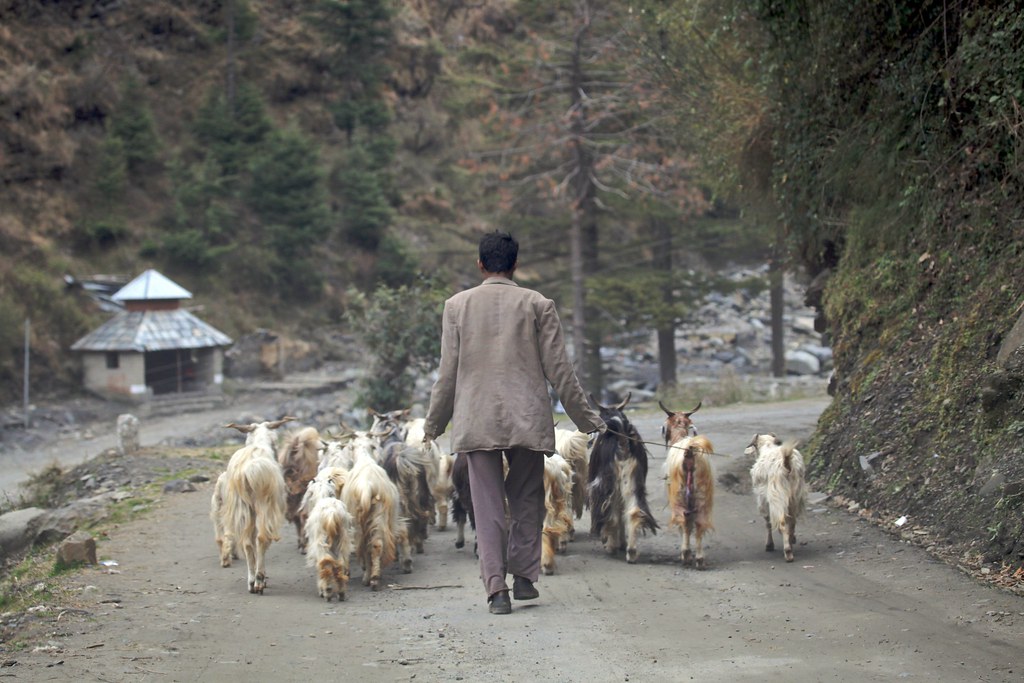 The skies are getting darker and we moved down. The peaks are not visible today. We sensed some rain and decided to move quickly. We reached our cars at 11 AM and packed up our things. We took some rest and shot some videos before proceeding towards home. Overall everyone was satisfied with the trip. It was an amazing experience for all of us.

We started towards Delhi at 11:30 AM. We moved down the hills while i noticed two Himalayan Vultures in the top of a tree across the ridge. The confirmation came from the binoculars of Sudesh. We shot pictures and then again moved on.

We reached Mandi to find a flat tire on Sudesh’s car and a bent silencer pipe in Ankur’s car. After getting them fixed we moved on again. We stopped at Sundernagar for lunch at 4 PM.

Finally after lunch we lamented the bad patch again and reached Kiratpur at 8:45 PM. It was a hell ride for all of us. From now on things moved fast at +120 kmph and we zoomed past Chandigarh, Ambala and the towns of Haryana to reach Delhi at 1 AM next day. Finally we successfully dropped everyone home by 3 AM and went to slip.