I was lucky to visit Beijing on an official trip. I immediately grabbed the opportunity to mix it with personal short travels in the city. Many of us do get a chance to visit Beijing. This is how you can get the most out of the short time from the travel to this amazing city.

“He who has not climbed the Great Wall is not a true man.” – Mao Zedong 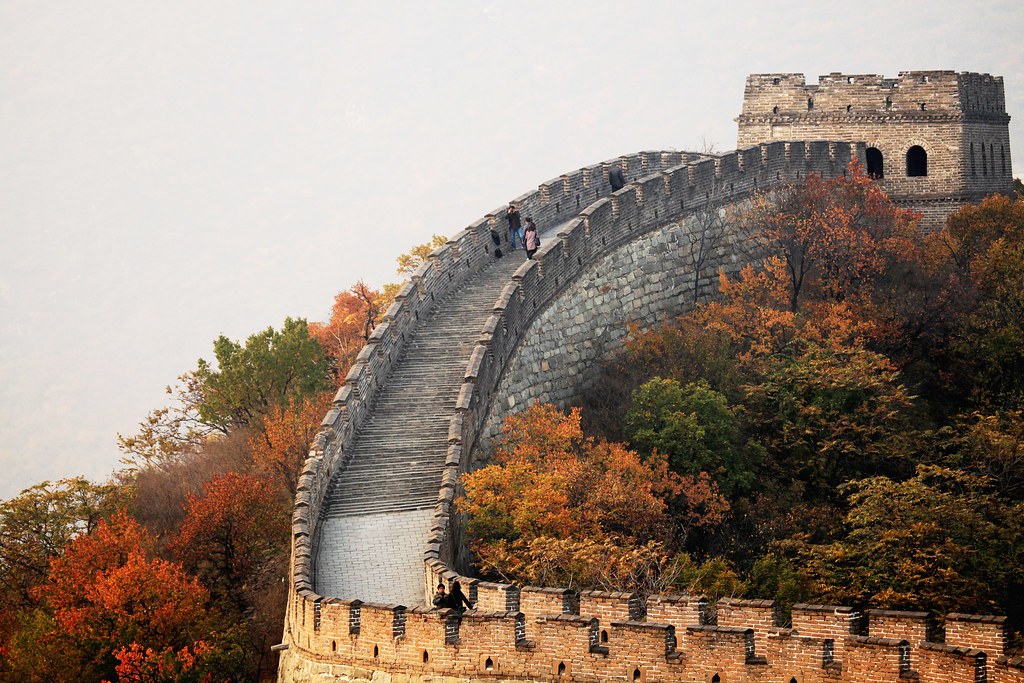 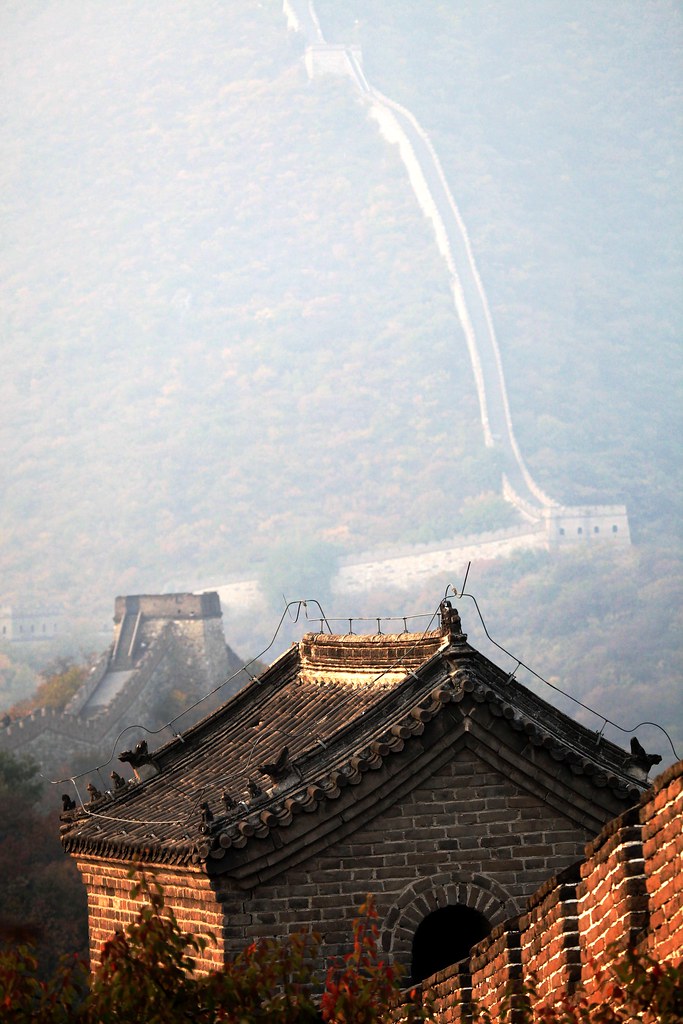 Yes the must see sight in Beijing, in fact China is the Great Wall. The wall which is close to 2 centuries old can be encountered in Badaling or Mutianyu. I visited the later one which was approximately 1 1/2 hours’ drive from the Airport. The return fare from Airport Hotel to Great Wall costs around RMB 400.00. The drive itself is very scenic through the countryside and last hill ride is also breathtaking. There is a cable car which takes you from the parking to the top of the Wall in few minutes. The cost of the cable car is RMB 50.00 Overall trip takes around 5 hours from the Hotel. Alternatively if you are staying at the City Centre, then you can opt for the trips available from the hotel to the Wall.
The Great Wall is a must visit in October month, particularly the Mutiaynu section for the amazing fall colors around the wall. I was lucky to capture the wall during this period.

The main attraction of the City of Peking is the Forbidden City. Leave early morning from your hotel and reach the Tiananmen Square. This stone paved public square is the largest one in the planet and showcases China’s democracy movement. In front of the Square is the historic Forbidden City. It takes around 2 hours to explore the Forbidden City. Take the Audio Guide and move around the beautiful place at your own leisure and click at will. 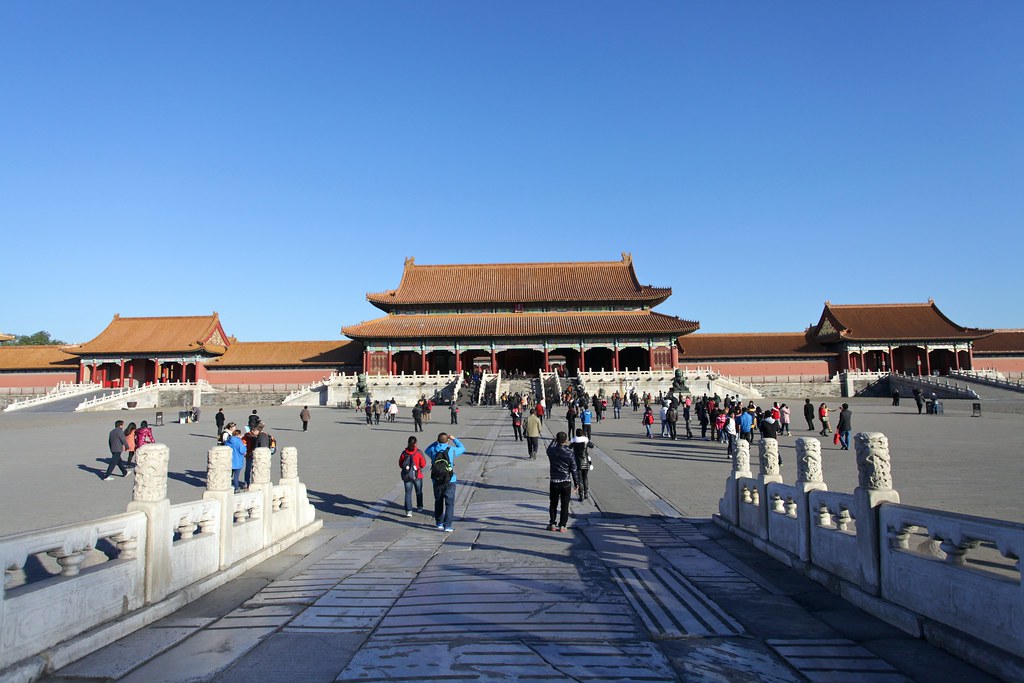 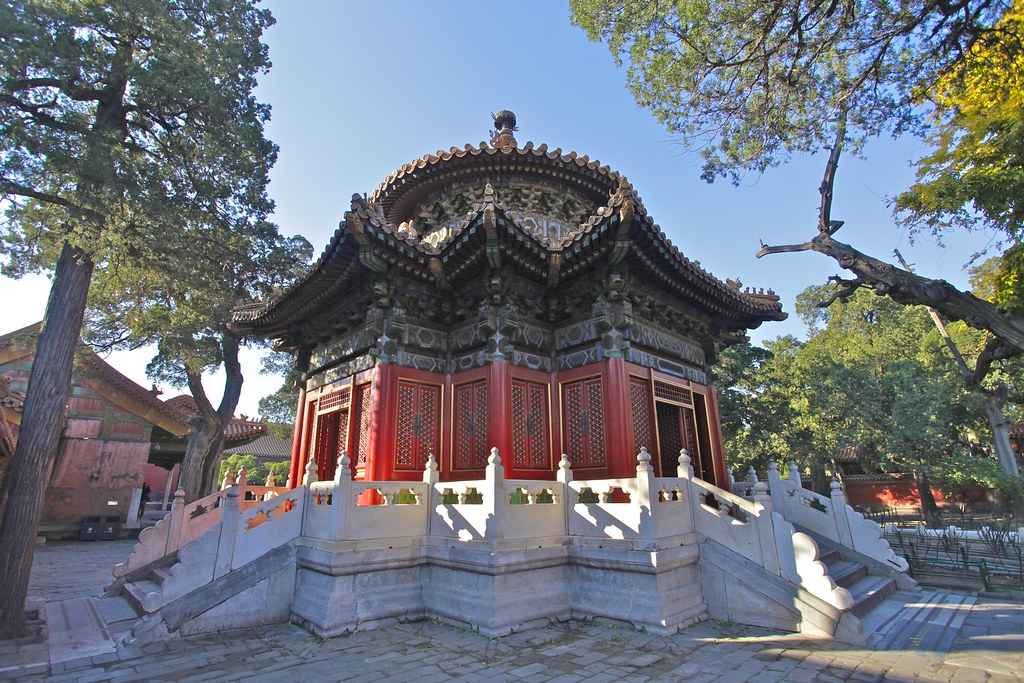 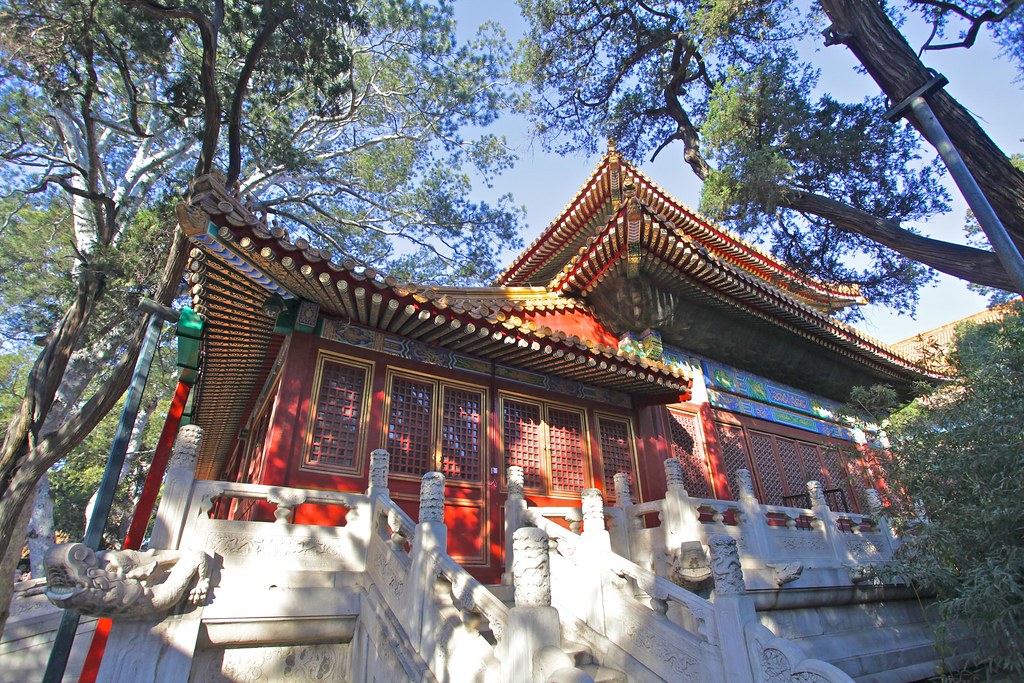 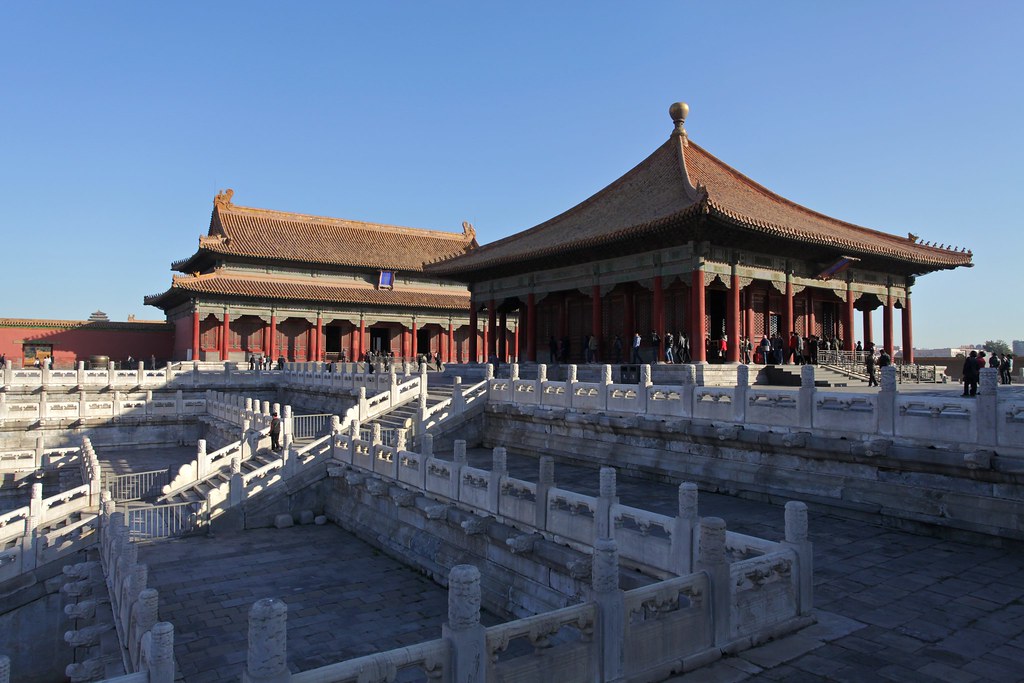 Caution: I had a harrowing experience after the visit to the Forbidden City. The entry to the Walled City is from the Tiananmen Square side. The exit is at the opposite or North End. The Walled City is surrounded by moat which is circled by a major street. Just outside the rear gate, there are few local guides who provide mouthwatering rates for tuk-tuk ride to Wangfujing Street. Do not get lured as they will take you to back alleys and demand a ransom. I was told RMB 30 for the ride while they asked me RMB 300 at the end. The driver took me to a construction zone behind Wangfujing Street and tried to demand money. But somehow with shouting and threatening to call police, I was able to get some crowd around me and thus escape from the place at RMB 50. The distance of the place of action and the main street was close to 50 metres. I request to stay away from the local thugs. Beijing is a very costly city and nothing comes cheap.

Wangfujing Street is the main shopping street in the heart of the City. At walking distance from the Tiananmen Square and Forbidden City, choosing a hotel here is a nice option. The street has many Chinese silk stores which neighbors top world designer clothing and accessories brands, apple stores and American fast-food joints. There is a small alley in the Wangfujing Street which is known as Food Street. This is the street to enjoy Chinese street food ranging from snakes to sea horses. 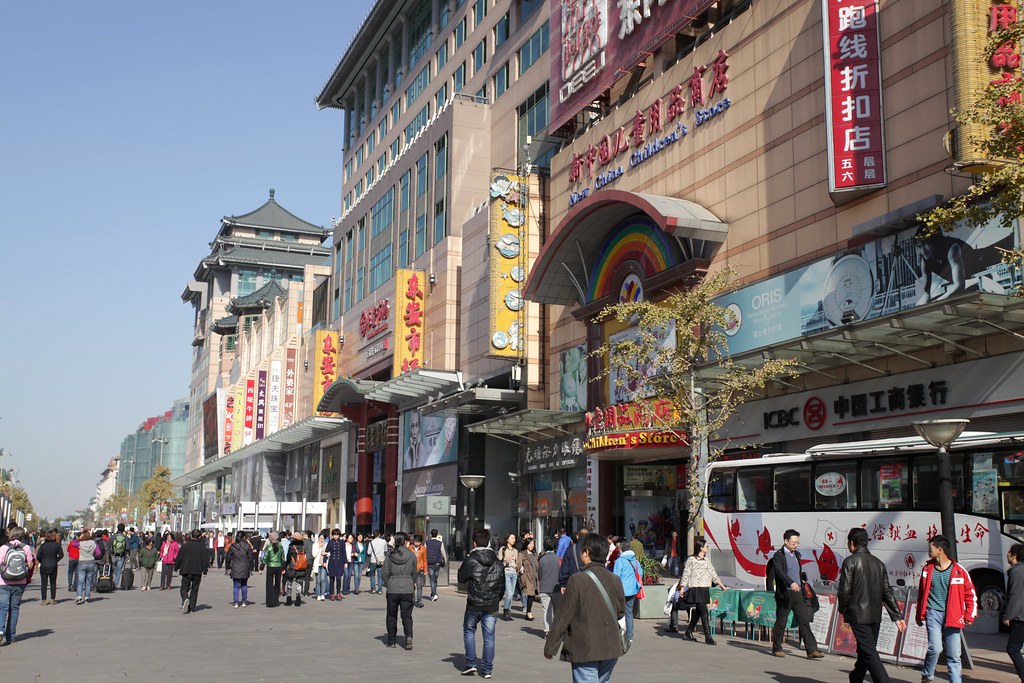 Silk Street (also known as the Silk Market or Xiu Shui Jie in Chinese) is a prosperous shopping market in Beijing, located in Chaoyang District. The market started in 1980, and now the street accommodates over 1,000 retailers. The hotspot for foreign tourists is a mecca for fake designer bags and clothes. You can buy a Louis Vuitton bag for as low a RMB 500. But you should know how to bargain. Expect prices to fall as low as 60%-70%. This place is must visit for all travelers who want to get hold of some good quality and cheap stuff. A Taxi ride from Tiananmen Square costs around RMB 30 one-way.